“Do you need help?” can be a powerful question!

This is a story that happened my second day in Brazil. I wish I had a video tape of the entire incident because I would love to see how I looked as I was acting from pure instinct with no thought for my own safety. I’ve always been fascinated by incidences I hear about where people act in ways that might put them in danger to help someone else. In my case I never thought about what could happen to me. It was as if there was another person inside of me directing things from a place different than I normally access. I can only think that I was acting from pure instinct like stories I see about animals working together to help another species only in this case it was a woman of my own species who needed my help even though she was from a different culture, spoke a different language (she spoke several) and was much younger than I am.

As a clinical social worker and coach, I am all about empowering others to help themselves and not taking over or “helping” in a way that might be harmful or make another feel less than. I have read about “helping as an act of violence” in fact so I am careful not to help when it is not needed or if it is disempowering. So here is the story as I can remember it now. I still wish I had a video to watch. We were staying in a small bungalow with only a bed and bath/shower combination. There were about 8 of them in a three-sided horse shoe type complex around a pool and a sandy common area with tables and chairs where we would get breakfast and coffee. We were having our first morning coffee and breakfast and could hear a young couple arguing. The argument was getting more and more heated with the man now calling the young woman names and blaming her for their fight. He was saying it was all her fault and if she wouldn’t have done this and that, that he would not have gotten so angry and treated her poorly etc. He was saying things like, “you always do these things that cause me to get angry, you are too this and too much that…and if you would just not do this and that I would not have to get so angry.” He was cussing at her, and she was crying and saying, “I cannot get into the car with you acting like this, I’m going to stay here and not go with you to the airport.” He was telling her, “You are an idiot and cannot stay here. I am not leaving you here. You must come with me. I paid for this trip, and you will come with me.” And later, “I don’t give a fuck if everyone can hear us. This is your fault we are fighting like this.”

Soon, they moved their argument out to the common area where others were gathered trying to enjoy coffee and breakfast in the beautiful morning air before the sun warmed things around us quickly. From the table where he was still berating her over and over again and insisting, she could not stay if he was leaving and had to come with him, he rose to leave and stormed into their casita, got her suitcases and took them out to the car. There was a second young woman who looked about the same age sitting with them and not saying a word. I later learned the young women were sisters. When he got up to leave, I turned towards the dark haired woman who was still crying and asked the simple question, “Do you need help?” to which she tearfully answered, “Yes I do!” I then asked her, “What is it you would like to do?” She said, “I cannot go with him, I am not safe.” I asked if she had a plan if she stayed and the resources, she needed which she answered yes to. This is when instinct took over for me. I got up and went close to her. I said to her, pointing to her heart, “Stop crying! Look inside of yourself and find your inner wise, strong self, tap into her and be strong and tell him what you are going to do!” I am here to back you up!

At this point I could see my husband was getting nervous and the young man was coming back. She stood up and told him without tears that she was not going with him. He became escalated and started yelling at her. I stepped in front of her like a tiger with teeth bared and said, “You are being a bully! She told you she is not going with you, you heard her, and she is not going. She is an adult and gets to choose. Get her suitcases out of your car now!” He yelled at me and then looked at my husband and said, “Can’t you control your fucking wife?” I clearly said, “He does not control me!” I walked over to his car and opened the door and grabbed a suitcase out of the car. I asked the sister if I had the right bag and she indicated it was his bag. The other door was locked. The young man was continuing to bully the girl while she calmly tried to explain she was staying here. He pulled her down on his lap and started telling her he loved her and was sorry and didn’t mean things to go this way. He did not invite her onto his lap but grabbed her and pulled her down against her will. I asked her interrupting, “Are you okay? Are you safe?. She said “No, I do not feel safe.” The man then yelled at me again and got in my face telling me to stay out of their business.

My husband turned to the proprietor and asked him to “please call the police” hoping the word was similar in Portuguese which was the only language the man spoke. Things were escalating and people were coming out of their bungalows. Two Brazilian men who were staying there quietly came up and stood behind me. They were not confrontative at all but stood behind me as if for support. The young woman continued to talk to him, and he continued to try to convince her to come with him. The sister was quiet the whole time and whispered to me that he has hit her before and that in the two years they have been together this behavior was common and that as her sister she cannot say anything, or he will keep them apart. She said the anger came from them spending time together without him on this trip.

I stood close and a few times said, “You are still bullying her. She does not feel safe going with you. You need to respect her wishes.” He bared his teeth at me literally and swore at me. The police arrived with 5 policemen. Everyone from the bungalows was now gathered around watching. WIth the police standing watch, the young man settled down and finally took her suitcases out of the car, paid her bill for her, told her he loved her and left. People began talking in broken English thanking me for helping her. Another woman came over and shared that she had lived with boyfriends who were violent and abusive this way and finally escaped and was now with the kind Brazilian man who was standing behind me. The man kept encouraging the young woman that she did the right thing to remain. The sister and the young woman thanked me profusely and kept saying, “I’m so glad you were here, I’m so glad you were here. Thank you so much.”

Before he left, he sat down on the front step by my husband while his girlfriend was talking to the police and started making excuses for his behavior. My husband was calm and just said, “Hey man, you need to get her suitcases out of the car and at bring the least amount of trouble on yourself now. She is an adult, and she gets to decide. You have to allow her to do that.” My husband was able to talk to him in a reasonable way for a few moments as he sat there, defeated. I think that instinctively I knew that I had to be strong and intimidating and bear my metaphorical teeth and claws at him for him to stand down. And the men knew that instinctively they needed to remain quiet and calm but give a show of strength and support for the women without being confrontative. Again, I wish I could watch a video of the entire episode to see the expressions and analyze the instincts that were at play.

Sadly, the next morning we saw the young woman talking to him on her computer screen and the sister told us she had decided to forgive him. I had a few moments to share with them both a site that talks about “The Cycle of Abuse” so she could at least read about this type of behavior and how it will continue to escalate. I also told her about “the battered women’s syndrome” and asked her to please learn about both of these things so that she could be better prepared. I told her that often it takes women many times before they actually leave a relationship like this. I told her it would likely never change and would probably get worse and that I hoped she would remember the support she felt and know she had the power to leave and get the support that she needs.

At the end of the day, I was also glad I was there. I’m glad my instincts are to step in and to ask first if someone needs help before intervening. I am also glad I gave her the opportunity to stand up to him first and then supported her. I am also thankful for good men to stand behind me and recognize more help was needed. I’m thankful that my husband knows he does not “control me” and that I have him to support me when I do things like this. And glad for police who were amazing and for the sense of community that can happen with people from all over the world who speak different languages can come together to assist another human.

Need advice in a specific facet of your life? Request a topic. 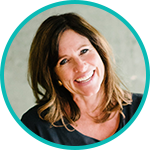 Dr. Beth inspires transformation in areas that make the most difference for people. Her vast experience as a psychotherapist, organizational consultant, speaker, coach, trainer and facilitator over two decades help her to reach people and ask powerful questions that inspire.